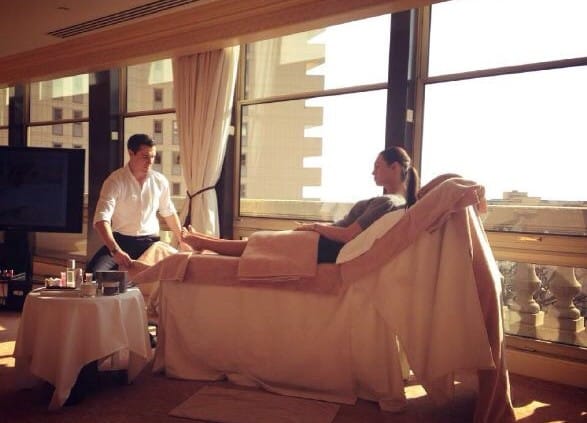 On February 14, a new Pedi:Mani:Cure studio opened in the Metropole Monte-Carlo, Monaco. To celebrate this new opening, a special Event was organized on February 14, followed a week later, on the Friday and Saturday 20 and 21 February, by a workshop led by Bastien Gonzalez. It was the occasion to present the concept behind the Pedi:Mani:Cure Studios, the core values of the brand and the treatments that will be on offer. Members of the press received gifts of Bastien’s Pedicure Treatments, while our VIP guests were treated to pedicures.

A beautiful day in an amazing luxury hotel!

Pre-launch of BGAInsoles® in the Landmark Mandarin Oriental Hong Kong

Two new awards for The Pedi:Mani:Cure Studio of the St Régis
Scroll to top