BGA Corp is a company on a human scale which was created at the beginning of the 21st century, when Bastien Gonzalez realized that the time had come to re-invent beauty treatments for foot.

After his first professional experience as a Chiropodist-Podiatrist working in luxury Parisian spas and beauty salons, Bastien Gonzalez set himself a new challenge when he presented a new and exclusive global concept to some of the world’s most luxurious hotels, a concept that would make the services that they were able to offer to an increasingly demanding clientele really stand out.

The first “PediSpas” introduced a new way of looking at foot care, associating the medical dimension with the benefits of beauty and well-being.

Luxury comes from uniqueness. Bastien Gonzalez drew a line between complex, expensive products and luxury products. Truly luxurious products tell a Story … and this Story is one that Bastien knows how to recount.

Bastien Gonzalez started by developing a foot cream under the label “Révérence de Bastien”, which he used to treat the most common complaints of his clients.

A cream, followed by a talc, then a nail oil … The winning trio which led to the creation of the “Pedi:Mani:Cure Studio by Bastien” (formerly known as PediSpas).

The registered head office of the company, in the suburbs of Paris, manages the 3 major poles: Operations and Development for the Studios, Administration and Commercial, and Product Development.

BGA Corp (an initialism for founder Bastien Gonzalez Alonso) opened it’s doors in 2002 in order to provide a structure for the specific approach developed by Bastien Gonzalez based on his professional experience as a “chiropodist-podiatrist”.

BGA Corp is present in more than 15 countries and on all 5 continents. Today, BGA Corp is:

– 19 Pedi:Mani:Cure Studios, with the same number of Bastien’s Studio Manager

– A range of exclusive premium products under the label Révérence de Bastien, available in Pedi:Mani:Cure Studios and selective points of sales in Fashion capitals around the world (New York, Paris, Milan, London …)

– A range of technical products under the label BGA Insoles, launched in the Middle East and Asia

– A new range of “fashion” products, soon to be widely available in stores around the world.

BGA Corp is developing a social dimension by working on the opening of professional chiropodist institutes aimed at sharing the know-how behind a quality brand.

Bastien Gonzalez wants to spread his philosophy to a wider audience in order to raise awareness of quality treatments amongst the populations of emerging countries, thereby creating employment and new career openings. 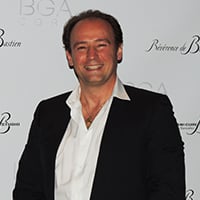 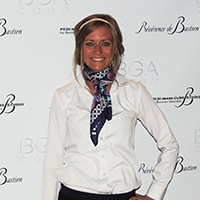 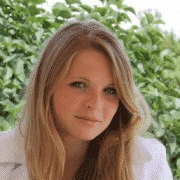 BGA Corp is a company that brings together 3 separate entities: BGA sarl (France), BGA FZE (Dubai) and BGA SA (South Africa). The group is made up of 3 main departments: Operations and Development, Marketing and Communication, and Product Development.

Today BGA Corp is present in 14 countries, and has a global reach. Future projects: the opening of more than 80 Pedi Mani Cure Studios, a training Institute, and development of the Foot Fetiche® brand and salons…